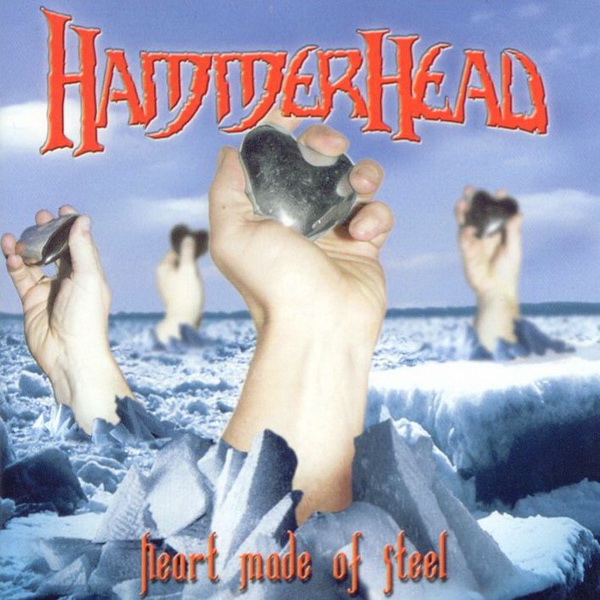 Hammerhead : Heart Made of Steel This was my first full album production. The tracks were recorded at Electrola Studios in Cologne, Germany and mixed at Powerplay Studios in Zurich, Switzerland. The band featured the talents of Dutch guitarist Wilco Van Beek and British singer Ian Parry, as well as former Good Rats drummer Joe Franco. Besides producing, I also played keyboards on some of the tracks. Here is a reprint of my liner notes from the CD: Way back in 1985, I had the pleasure of producing and playing keyboards for an exciting new band called Hammerhead. They had tracked me down in Italy while I was on tour with Little Steven, and asked me if I would be interested in producing their debut album for EMI/Electrola. After listening to their demos I was immediately interested, and before I knew it I was in Amsterdam rehearsing! The combination of Ian Parry's energetic vocals with Wilco Van Beek's soaring guitars gave the band a powerful and characteristic sound. With Ian Bishop on bass and the addition of the incredible Joe Franco on drums, the band was really rockin'! After a week of rehearsal, it was off to Cologne to record at EMI/Electrola Studios. But not everything would be so smooth... When the band arrived in Cologne they were greeted with the news that there weren't enough hotel rooms, and that there were none available anywhere. So for the first week of sessions Wilco and Ian found themselves sleeping on the couch of the label manager's apartment! The record company quickly assured us that everything would be fine, but the obstacles kept on coming. Technical problems, scheduling problems, it seemed like every day something else would go wrong. At one point there was a huge snowstorm and the studio roof collapsed from the weight of the snow! Melting snow poured into the studio and suddenly the band found themselves on the roof shoveling snow along with some of the label's top executives!! What a sight!! It took more than a week to repair the roof, but we still continued recording when the weather was good! Through it all, the band's enthusiasm prevailed and we kept on working. The guys joked about everything and we managed to have alot of laughs and alot of fun throughout the recording process. Most importantly, we were all excited because we were making a great record. After we finished the recording, I moved the project to Powerplay Studios in Zurich where I was joined by Obie O'Brien to mix the record. All went okay there, but when I returned to Cologne with the finished mixes I was informed that while I was gone the label had a 'falling out' with the band and the record was not going to be released. I returned back home to the States feeling great about the record but immensely disappointed that no one would ever hear it. During the next 15 years, the band would make countless attempts to obtain the masters from Electrola in an effort to try and get it released on another label. Finally, in early 2000, it was Hans Van Vuuren who successfully reached an agreement with Electrola to release the album on Double Dutch. But there would still be one last obstacle. The masters had been lost! It was then that Hans contacted me in an attempt to locate any decent copy of the original master. Fortunately, I remembered that Obie O'Brien had made a 1/4 inch safety copy. So I called him and sure enough he still knew exactly where it was! The tape was in good condition and was carefully transferred to DAT to be remastered. And so, at long last, I am pleased to present to you, 'Heart Made Of Steel'. Although recording techniques and the musical climate have both changed considerably since 1985, I'm sure you'll find that Hammerhead is still an exciting and fun band to listen to. I am thrilled that the rest of the world will finally get to hear it! David Rosenthal June 21, 2000.