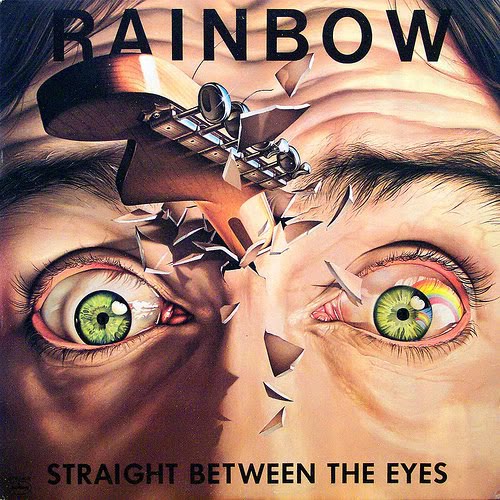 Rainbow : Straight Between the Eyes I recorded this, my first album, when I was only 20. I sat in the control room during the recording of this entire album so that I could learn as much as possible about the recording process. This album contains the hit single 'Stone Cold.' Upon its release, it received extensive airplay and was the first time I heard myself on the radio! My orchestration for 'Eyes of Fire' was performed by the Montreal Symphony and was the first time I heard one of my orchestrations performed.